Dementia describes a group of symptoms affecting memory, thinking and social abilities severely enough to interfere with your daily life. It isn’t a specific disease, but several different diseases may cause dementia. Though dementia generally involves memory loss, memory loss has different causes. Having memory loss alone doesn’t mean you have dementia.

Alzheimer’s disease is the most common cause of a progressive dementia in older adults, but there are a number of causes of dementia. Depending on the cause, some dementia symptoms may be reversible. 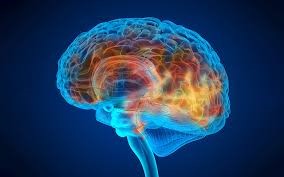 Symptoms: Dementia symptoms vary depending on the cause, but common signs and symptoms include:

Dementia is caused by damage to or loss of nerve cells and their connections in the brain. Depending on the area of the brain that’s affected by the damage, dementia can affect people differently and cause different symptoms.

Dementias are often grouped by what they have in common, such as the protein or proteins deposited in the brain or the part of the brain that’s affected. Some diseases look like dementias, such as those caused by a reaction to medications or vitamin deficiencies, and they might improve with treatment.

Progressive dementias — Types of dementias that progress and aren’t reversible include:

Dementia-like conditions that can be reversed

Some causes of dementia or dementia-like symptoms can be reversed with treatment. They include:

Many factors can eventually contribute to dementia. Some factors, such as age, can’t be changed. Others can be addressed to reduce your risk.

Risk factors that can’t be changed

Risk factors you can change

You might be able to control the following risk factors for dementia.

Dementia can affect many body systems and, therefore, the ability to function. Dementia can lead to:

There’s no sure way to prevent dementia, but there are steps you can take that might help. More research is needed, but it might be beneficial to do the following:

Get quality sleep. Practice good sleep hygiene, and talk to your doctor if you snore loudly or have periods where you stop breathing or gasp during sleep.

When to See Dr. Guy

See Dr. Guy if you or a loved one has memory problems or other dementia symptoms. Some treatable medical conditions can cause dementia symptoms, so it’s important to determine the underlying cause.